Northfielders for Justice in Palestine / Israel

Northfielders for Justice in Palestine/Israel (NJP/I) is a local community group whose aim is to educate and inform Northfield and the surrounding area about the ongoing occupation of Palestine and to advocate peace and justice for all people who live in Palestine and Israel.

While all inhabitants of Palestine-Israel suffer from the conflict, NJP/I is particularly concerned with the plight of the Palestinians.

NJP/I believes that US citizens need to be more accurately and fully informed about the nature of the Israeli occupation and military control of Palestinian lands, the character of its “democracy,” and its increasingly discriminatory social, political and legal systems.

Most importantly, Americans need to realize that Israel’s treatment of the Palestinians is being subsidized by the US taxpayer, and that the aims and supporters of uncompromising right-wing Israeli zionism is playing an ever more intrusive and blatant role in American domestic and foreign policy.

NJP/I was started in 2007 by a group of Northfielders  drawn together by a common concern and personal knowledge of the Palestine/Israeli conflict.  Membership has now expanded to some dozen people. Since its founding NJP has established a rich and regular selection of activities (see Programs and Events.)

Members come to the work of NJP/I from different perspectives, including the religious, the secular, the political, or some combination thereof.  We appeal variously to matters of faith, ethics and morality, to considerations of human rights, and to codes of international law.  Almost all members of the group have visited Palestine/Israel, in one case as many as twenty times.

NJP/I is organized into a main core committee and into several standing and ad hoc subcommittees.  The core committee meets each month, usually on a Tuesday evening. Subcommittees meet when required.  The standing subcommittees address events and issues that are a part of NJP/I’s regular calendar (see under Programs and Events). Ad hoc committees include those for visiting speakers and special events.  Individual members contribute their own particular skills to the work of the group.

Each year Northfielders for Justice in Palestine/Israel usually concentrate on four types of events.
These include:

Film series
Since 2009 NJP has offered a summer Film series. Each consists of three films on three consecutive Tuesday evening in the summer.  The programs have included  a mix of both feature and documentary movies

Nakba
May 15 is the day each year when the Nakba is recalled. Arabic for “catastrophe,” the word refers to the 1948 mass exodus of Arabs, and the destruction of over four hundred Palestinain villages when the state of Israel was declared.   On or near the date, NJP holds a gathering in Northfield’s Bridge Square to read out the names of the destroyed villages.

Speakers
Since 2007 NJP has sponsored or supported speakers and presentations by a range of visitors.  They
include: Iyad Burnat, Craig and Cindy Corrie, Mads Gilbert, Miko Peled, Mazin Qumsiyeh, Mitri Raheb, Allison Weir and Grant Smith.

Special Events
In the past these have included a Palestinian dinner, two Palestinian Fair, and theatrical presentations.
For further details, see the Archive of Past Events.

During the Covid Pandemic of 2020 and into 2021, NJP naturally had to reduce our activities, but we remained active on Zoom 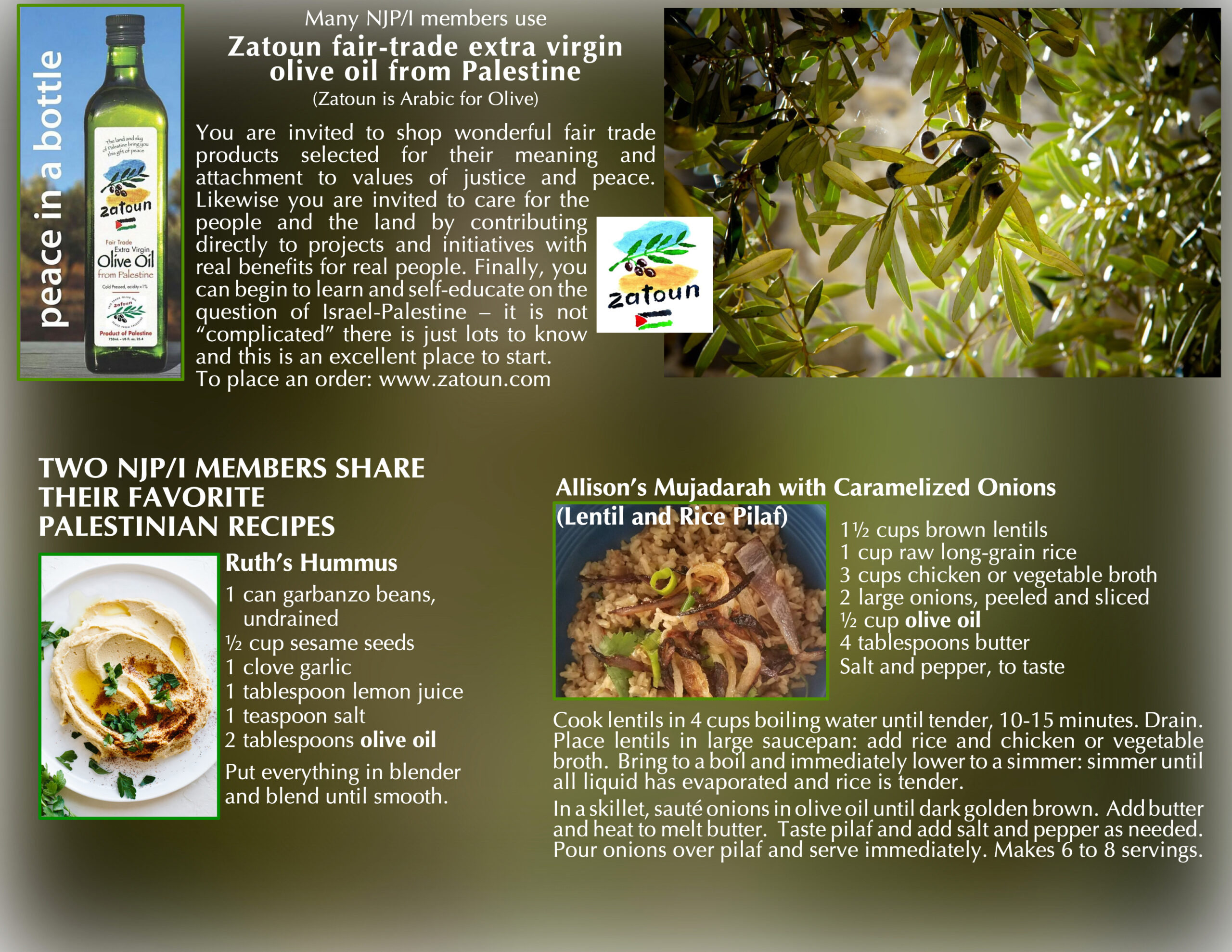